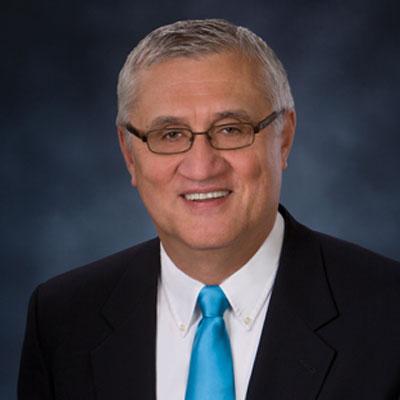 Mayor Raymond P. Rogina took office as St. Charles’ 18th mayor on May 6, 2013. He was sworn in to his second term on May 1, 2017. Prior to being elected Mayor, Ray served on the St. Charles City Council as Alderman of Ward Three for two years.

Ray previously served as a department chairperson in Business Education and instructor in Law and Economics at St. Charles East High School for 30 years. One of his joys as Mayor is the opportunity to reunite with many former students who have become successful business men, women and public servants in the Fox Valley. He also was a part-time faculty member at Aurora University in the College of Education. Ray has a Bachelor of Science and Master of Science in Business Education from Illinois State University.

Ray has lived in St. Charles for more than 40 years. His wife Diane is a retired elementary teacher and his son Matthew is Assistant Director for the University of Illinois FOIA Administration.

In his spare time, Ray enjoys seeking out America’s sports’ stadiums, having visited every major league baseball park. He is also a long distance runner and has completed 15 marathons.

About the Mayor's Office

The Mayor's Office handles a variety of functions which include city representation, citizen input, the Liquor Commission, Mental Health Board, coordination of community agencies, and licenses (tobacco, liquor, amusement, carnival, towing and vending).

Working closely with the City Administrator on a day-to-day basis, the Mayor's office oversees an annual budget of $145 million dollars and 389 full and part time employees.

Working with an experienced and dedicated City Council, it is the goal of the Mayor's office to insure to our City's residents, business owners, and those who choose to invest here, that we will always maintain our well deserved motto, “St. Charles, The Pride of the Fox.”