The award, presented by the Association in partnership with Batavia Moose Lodge #682, recognizes the top police officer in Kane County for going above and beyond in their police duties. The Chiefs of Police Association received 14 nominations for the 2016 award.

St. Charles Police Chief James Keegan commended Ofcr. Losurdo’s immediate actions on March 18, 2016, in preventing a suicide. “The quick and decisive actions taken by Officer Losurdo in this incident were no doubt the difference between life and death for this individual,” said Chief Keegan.

Ofc. Losurdo was the first responder at a local hotel where a despondent woman was locked in the bathroom of one of the rooms in a suicide attempt. When there was no response at the bathroom door, Ofc. Losurdo forced the door open. He found a woman, unresponsive, with a bed sheet wrapped around her neck, hanging from the shower curtain rod. Ofc. Losurdo immediately cut the sheet away and performed life-saving measures. The woman regained partial consciousness and was transported to the hospital. She survived the near tragedy thanks to Ofc Losurdo.

Congratulations Officer John Losurdo. This award is well deserved. St. Charles police officers work hard day and night to keep our community safe. This story highlights just how difficult their jobs can be. So it's really great when they can receive widespread recognition like this! 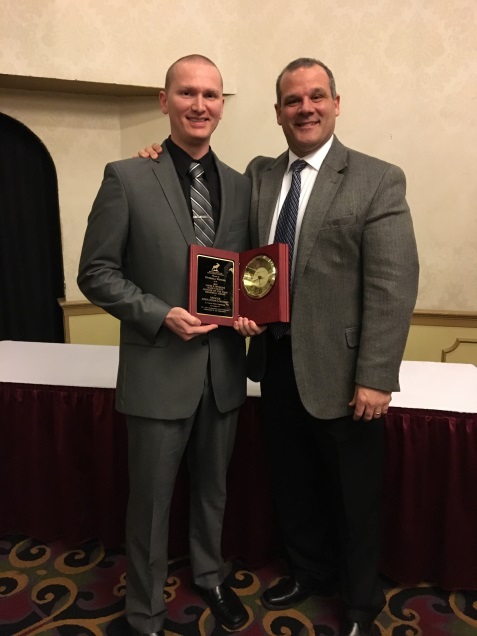