The St. Charles Police Department received the “Outstanding Community Partnership” Award on Wednesday, May 16 at the Association for Individual Development (AID) Annual Meeting. Chief James Keegan and Deputy Chief  Steve Bedell, accepted the award on behalf of the department.

AID Victim and Outreach services has been in partnership with the City of St. Charles for 6 years. Most recently, Chief Keegan advocated to have a Victim Services Case Manager as an in house social worker. Yesenia Herrera has been a successful addition to the St. Charles Fire and Police departments in that role. Herrera provides support services to victims of crime and trauma, and other wrap around services to residents with quality of life concerns. Deputy Chief Bedell has also played a crucial role as the support supervisor for the on-site AID staff. The partnership is an example of a community working together to empower people with physical, developmental, intellectual, and mental health challenges to enjoy lives of dignity and purpose. 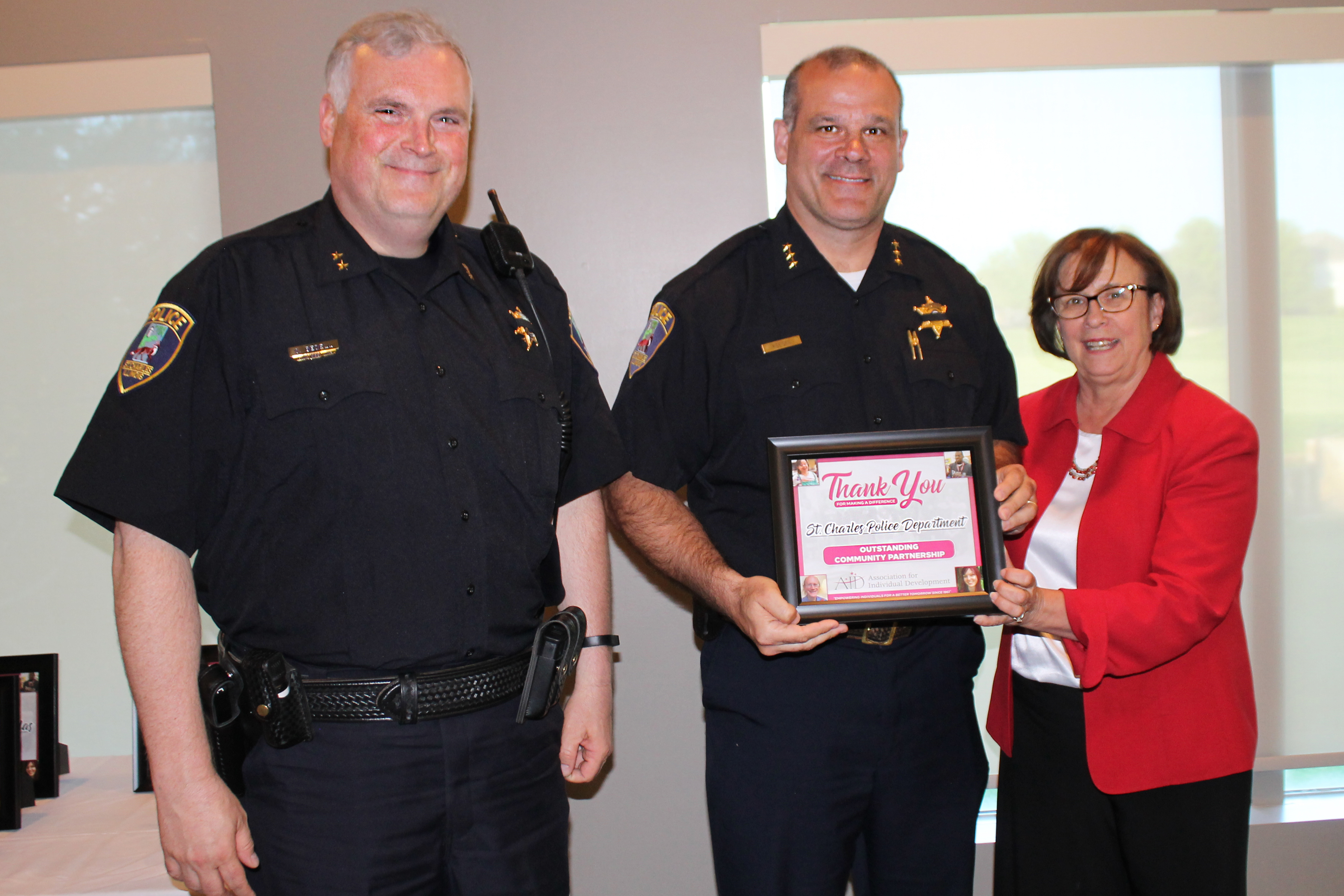