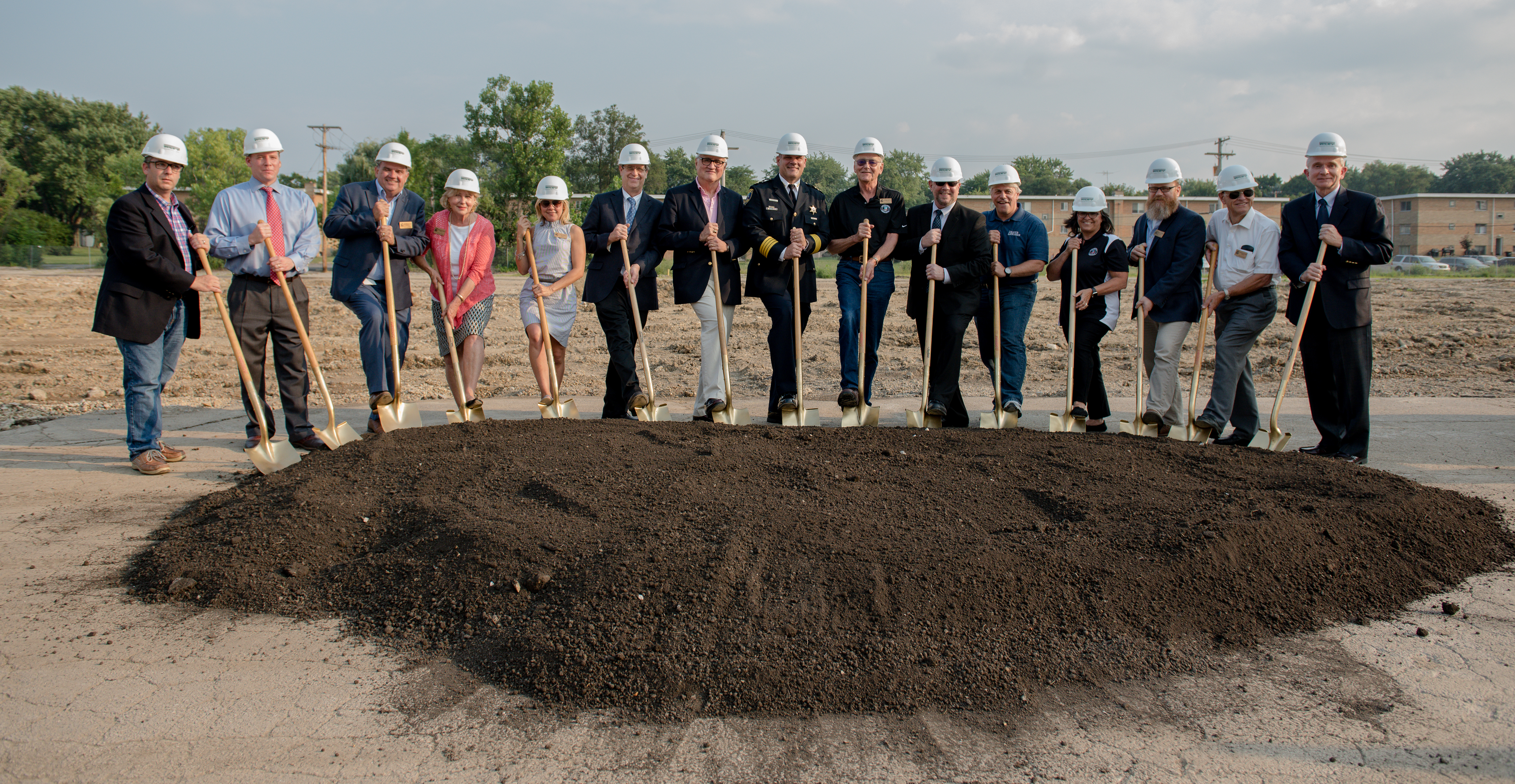 The new facility is being built on approximately 6.5 acres on the site of the former Valley Shopping Center. The $24.6 million project is expected to be completed by December 2019 and will support the City’s policing operations for the next 50 years.

It will replace the current police station at 211 N. Riverside Avenue, portions which date back nearly 100 years. After many retrofitting attempts over the years, the current facility has finally reached the end of its useful life.

This project breathes new life into an area that has remained vacant and in need of revitalization for several years. Its central location is ideal and provides easy access off Rt. 64/Main Street. Read the project Fact Sheet.