Throughout its 185-year history, St. Charles has been a destination for entertainment. That tradition continues to this day. Here is a look at Entertainment–St. Charles Style!

Minard Hall & Judge Barry’s Law Office
201 E. Main St.
Minard Hall was the city’s first opera house. Built in the1840s, it featured local entertainment talent, concerts, and political speeches. William and Alonzo Barry also had a law office in the building, and it is believed that Abraham Lincoln visited the Barrys here. This building also functioned as the first St. Charles Public Library from the 1880s until 1906. It is now The Office restaurant. Photo and information: St. Charles History Museum 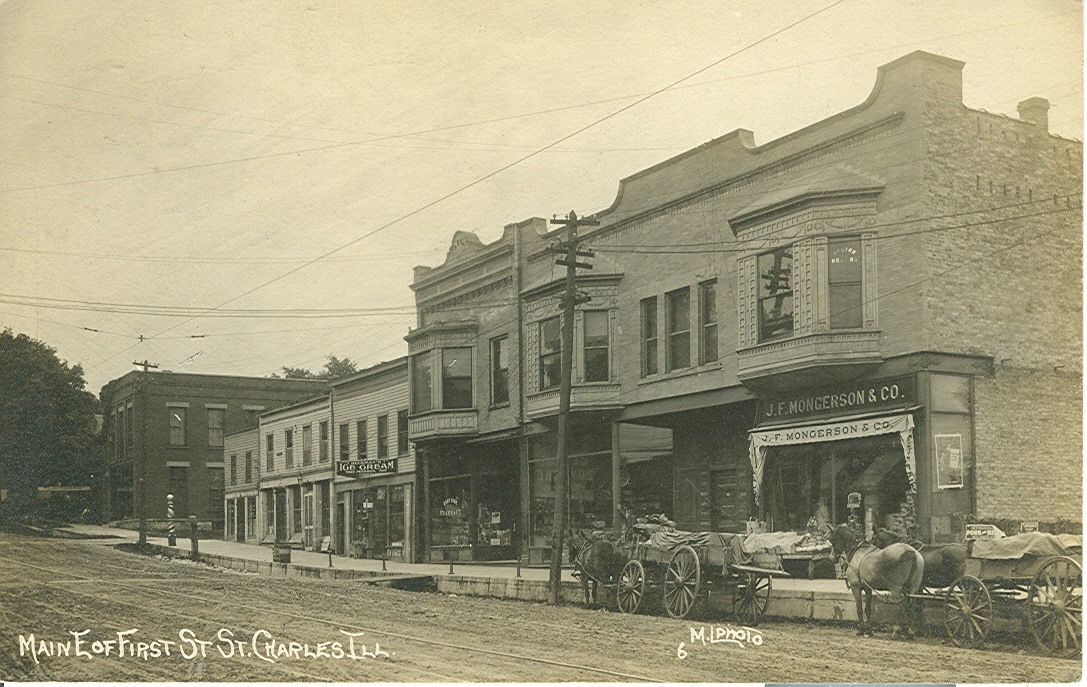 Arcada Theatre
105 E. Main St.
The Arcada was built in 1926 by philanthropist couple Lester and Dellora Norris, for $500,000. With 1,009 seats it was not the biggest theatre in the Chicago area, but it was certainly the most beautiful with its Spanish-inspired style. By the time of the grand opening, it was so popular that hundreds had to be turned away at the door. The opening feature was The Last Frontier, and attendees were also treated to a recital from the famous $25,000 Marr and Colton silver and red organ. The organ is still there today, and rises from beneath the stage floor. Today, the Aracada continues to host many famous entertainers. Photo: St. Charles History Museum; Information: Arcada Theatre website & St. Charles: Culture and Leisure in an All-American Town 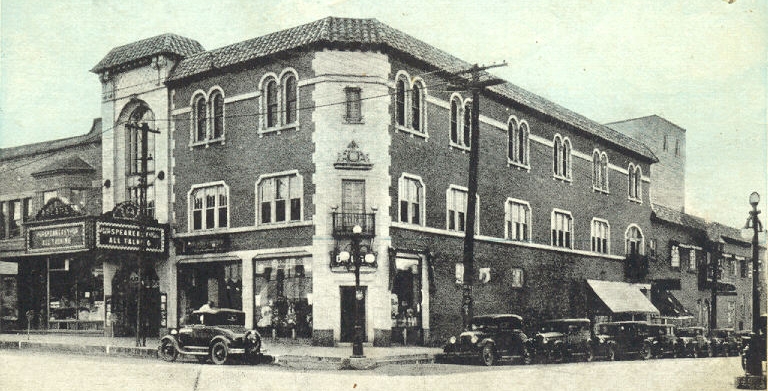 Hotel Baker
100 W. Main St.
The Hotel Baker was built by Colonel Edward J. Baker at the site of the old Haines Mill, which was destroyed by a fire in 1919, and had become a garbage dump. Baker commissioned local architects and craftsmen to construct his vision of an elegant, 55-room resort. He spared no expense to build and furnish the most luxurious small hotel in the country. The Hotel Baker officially opened on June 2, 1928, with 300 people from St. Charles and neighboring cities at the opening dinner. Over the years, the colorful Rainbow Room has featured many famous entertainers, such as Tommy Dorsey, Guy Lombardo, Louis Armstrong and Lawrence Welk. The Hotel Baker continues to draw distinguished guests from all over. Photo: St. Charles: An Album from the Collection of the St. Charles Heritage Center; Information: Hotel Baker website & St. Charles: Culture and Leisure in an All-American Town 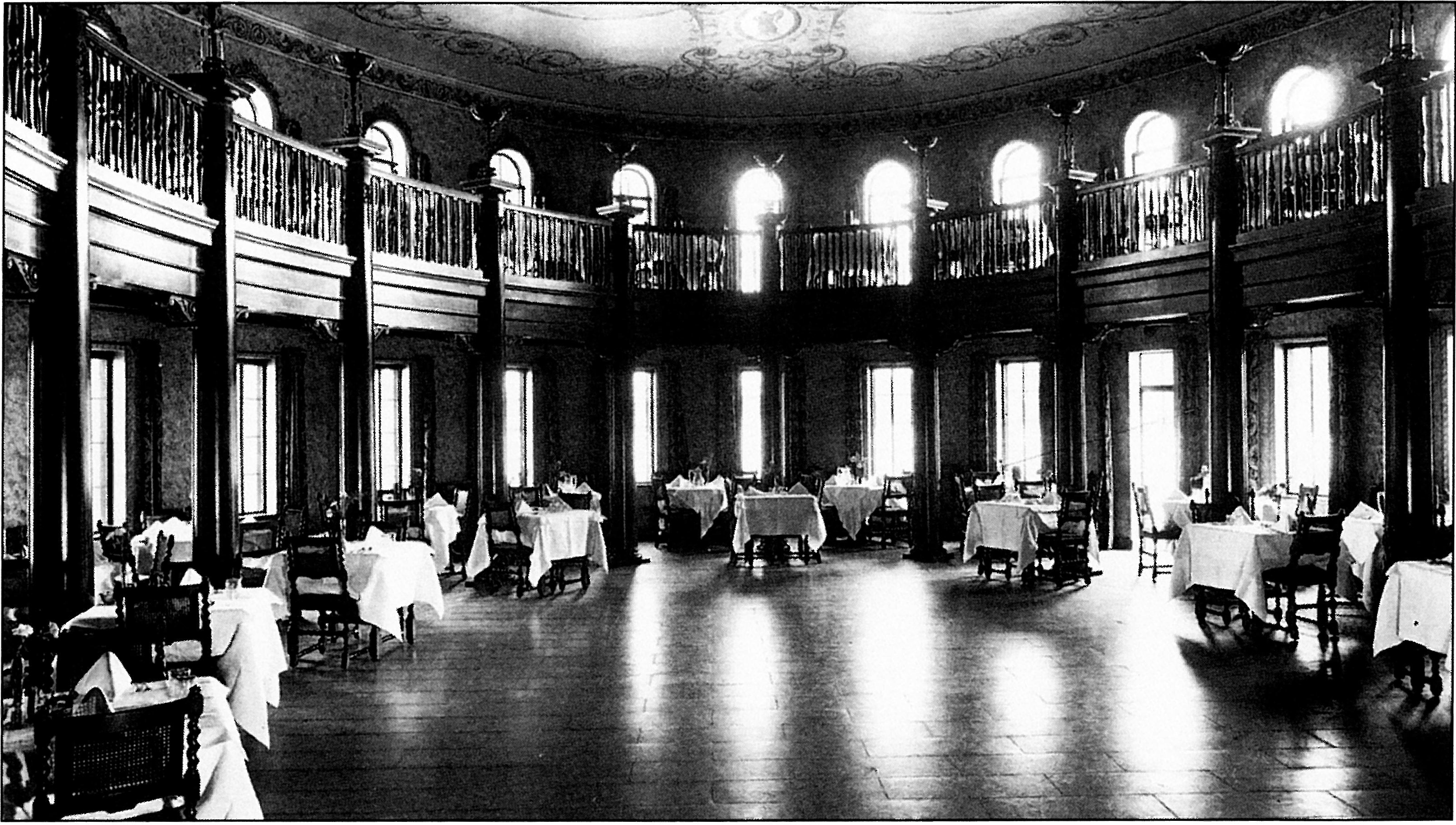 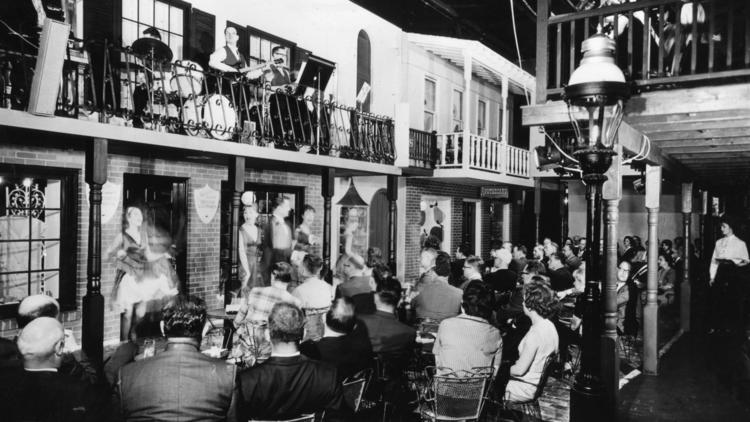