Photo will be featured on the 2019 City of St. Charles Christmas Card

A few months ago as part of our 185th Anniversary celebration, we launched a photo contest to choose a photo to feature on the cover of the 2019 City of St. Charles Christmas card. We received 21 entries, which were reviewed by the St. Charles Arts Council. Thanks to all who submitted photos. There were so many good ones to choose from!

It was a tight race, and the winning photo was this beautiful photo of the Fox River in winter. The photo was submitted by St. Charles resident Rick Brems. It was taken from the Indiana Street pedestrian bridge in January 2014. Rick described the photo as “steam rising from the Fox River at around minus 15 degrees…geese and ducks huddled together on frozen river…natures survival…downtown St. Charles riverfront in cold winter splendor.”

Brems feels this photo fits with the 185th Anniversary-theme and that he “can envision the same river, same type wildlife, and same spot (minus a bridge or two) in the 1800s. Then, it was already the center of a fledgling town, a valuable natural asset most towns didn't have. 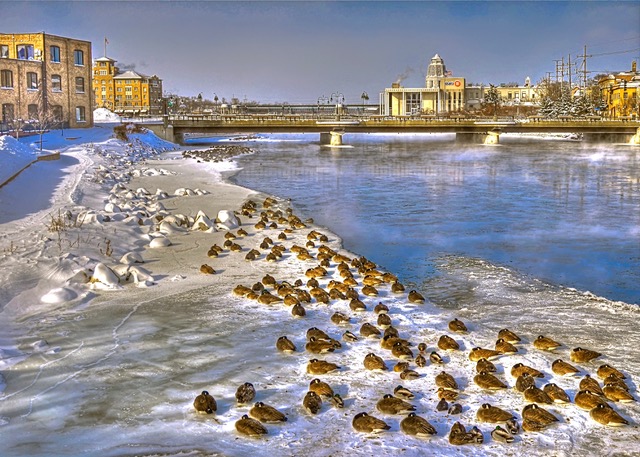 As we mentioned, it was a tight race. So we decided to award the runner-up photo with a feature on our 2020 City Christmas  card.

This photo of Main Street dressed up for the  holidays was taken by Benjamin Rinenbach of St. Charles on December 18, 2014, around 8 p.m. Ben describes taking the photo: “it was absolutely freezing, but I had just gotten a new camera and couldn’t wait to get outside and try it out (so glad I did, I got some great shots that night).” 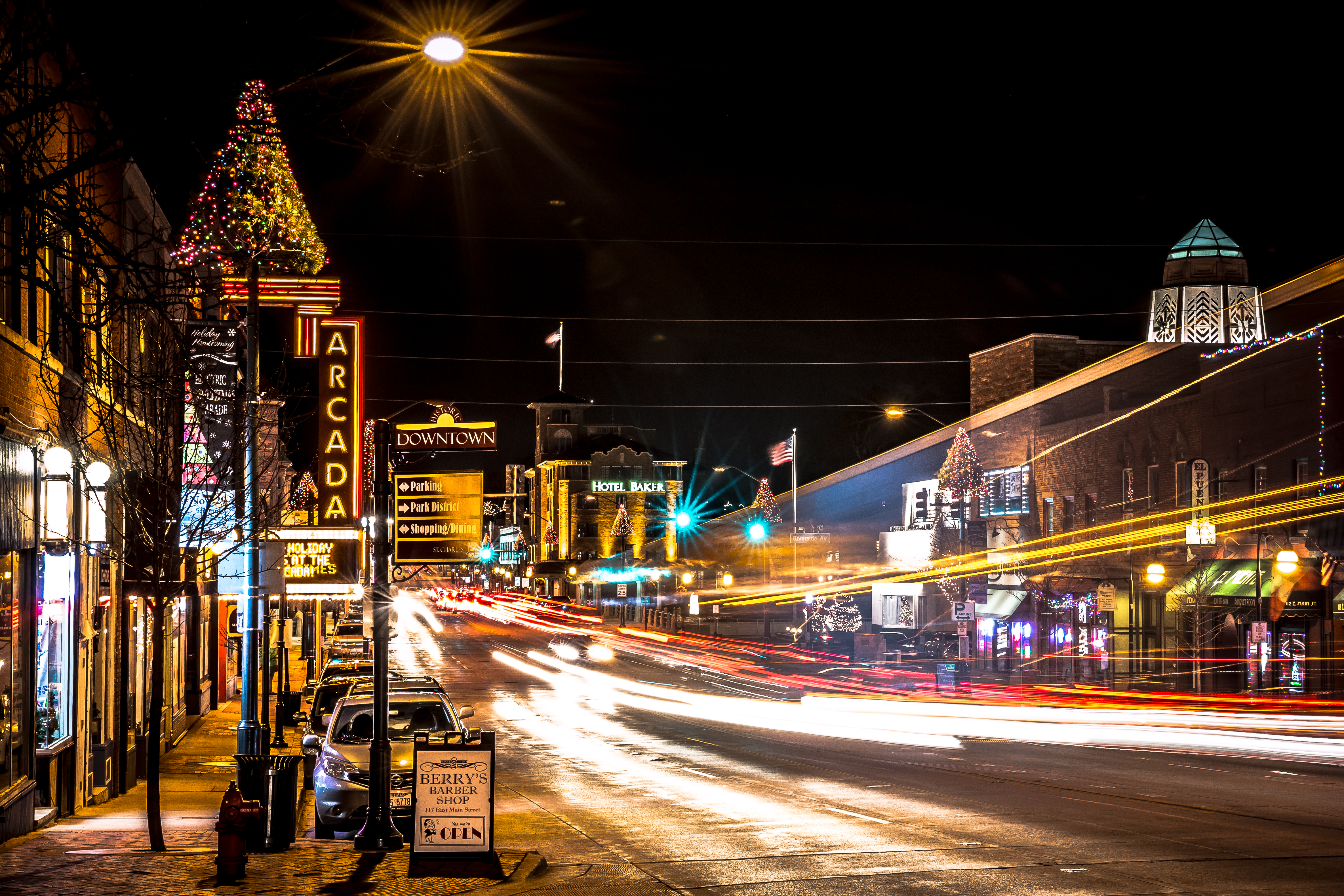