The history of Pottawatomie Park dates back over 180 years. The land was first purchased by Calvin Ward in 1834, and the property belonged to his family for many years until developers started to take interest during the late 1880s. They sought out the property for its natural beauty and could easily picture a resort, hotel, and park in its place. A pavilion was built on the edge of the river in 1892, but the plans for a resort never went much further. The pavilion would eventually have to be torn down due to too much wear and tear, but a new version was later rebuilt and still stands today. 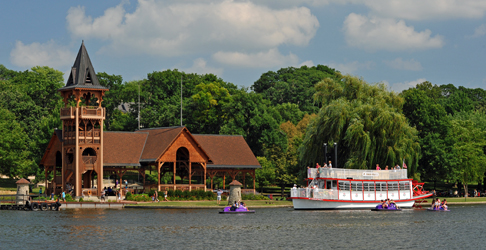 While the dream of building a resort on the land did not come true, the plans for a park resurfaced in 1912. The land was bought by the St. Charles Township, and was named the Pottawatomie Park after the Potawatomi Tribe that lived in the area until 1833. Under the new Illinois Park Act, it became a public park.

In 1915, the first Native American statue honoring the tribe was placed in the park. Sadly, it would be destroyed by a group of vandals around 45 years later, leaving only the head behind. 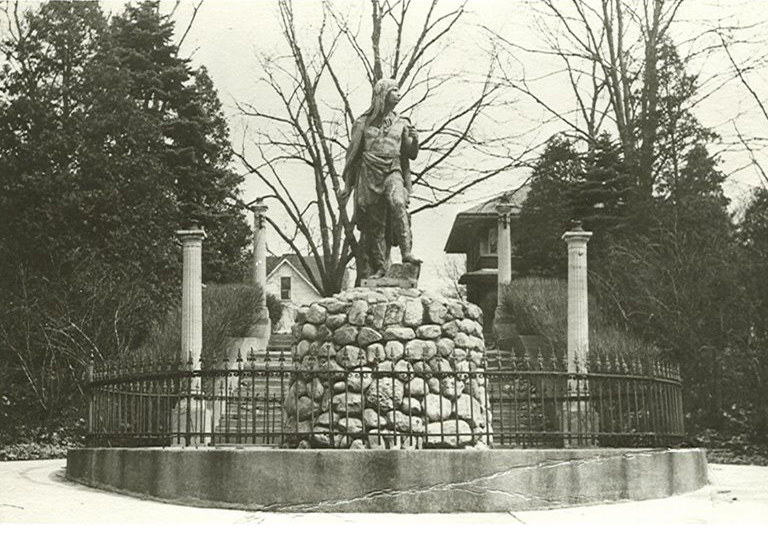 Several improvements and additions to Pottawatomie Park were made possible during the Depression thanks to the Works Progress Administration. The funds provided helped build the park’s drinking fountains, pool, baseball fields, tennis courts, golf course, and more. 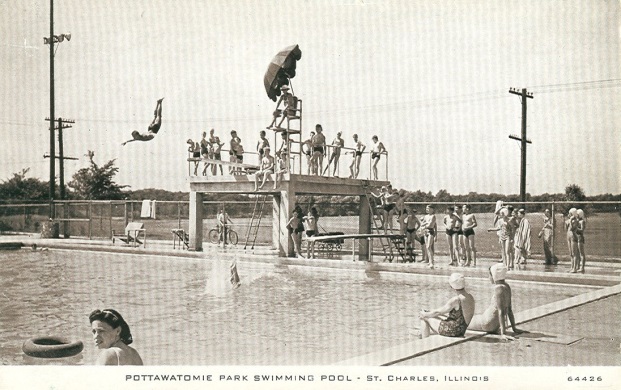 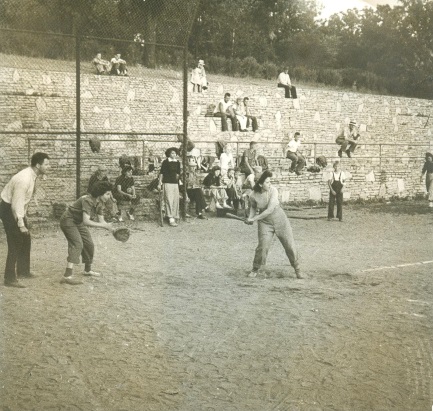 From Pottawatomie Park’s inception and to this day, it has served as a great location for local recreational activities of all kind. It is a central part of the St. Charles community, and surely many residents have good memories of spending time there. See you at the annual fireworks ceremony at the park on July 4.

Visit the 185th Anniversary page of our website for more historical photos and stories.