Thank you to all who took the 1st Street Plaza Expansion Survey, which was conducted to gauge opinions about expanding the plaza on the east into the grassy area at the southeast corner of Main & 1st streets. The response was overwhelming! 988 residents, business owners, and visitors completed the survey. We have reviewed the responses and read through 1,000+ written comments and are happy to share the results.

More information about the project, including design concept drawings and complete results is on our website at www.stcharlesil.gov/projects/1st-street-plaza-expansion. 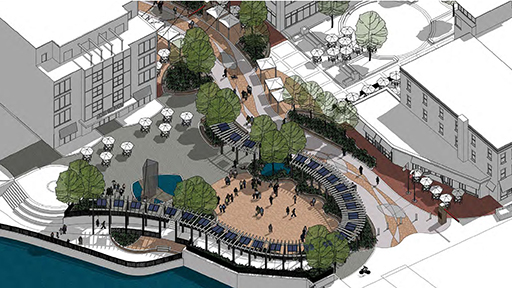 Below is a summary of the survey results.

Solar Pergola/Trellis on the Plaza

Including a Piece of Public Art

Closing a Portion of 1st Street to Create a Pedestrian Walkway

To date, $750,000 in private donations have been received for this project, and the City has committed $1.4M. Plaza enhancements will proceed as funding/donations are available. To learn more about supporting the 1st Street Plaza Expansion Project, visit  www.stcharlesil.gov/st-charles-initiative

The design team has reviewed project feedback received from:

The feedback received is being considered in the design process, which is expected to be complete May 2021.