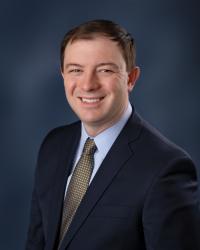 Derek Conley has been appointed Director of Economic Development for the City of St. Charles. Conley’s appointment is effective March 7, 2022.

Conley comes to the City of St. Charles from the City of Joliet, where he served as Economic Development Director since April 2018. There, he was responsible for all economic development activities, including reviewing and analyzing proformas and market studies, leading incentive negotiations with developers, attracting private investment by promoting the city to prospective businesses and developers, and establishing relationships with the business community and development industry, including brokers, bankers, and designers. Prior to that, Conley served as Economic Development Specialist with Invest Aurora.

The Director of Economic Development position was created after the Community and Economic Director position was split into two, following the retirement of former director Rita Tungare last year. A competitive application process yielded 40 applicants for the position.

“St. Charles continues to enjoy interest from prospective businesses and developers,” said Mayor Lora Vitek. “Having Derek on board to facilitate those interactions and generate new interest will further the City’s economic development goals.”