Members of the City Council receive compensation for their service but do not have offices or regular office hours at City Hall. Their contact information is listed below. Mail should be directed to their attention at the City, 2 E. Main Street, St. Charles, IL 60174.

The City of St. Charles is a home rule municipality.

Click on the Ward to download the map for that Ward, or view a map of all wards. 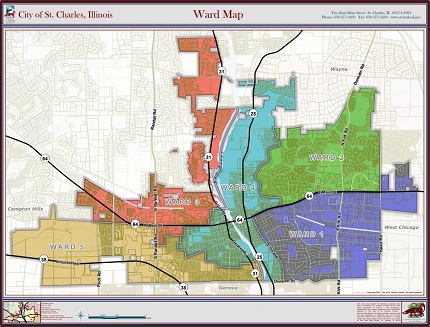 Documents on this site

Free viewers are required for some documents on this site. They can be downloaded by clicking on the icons below.