Student Safety Plans are Practiced throughout the Year

“The collaborative relationship we have with members of the St. Charles police and fire departments, as well as neighboring municipalities, is invaluable to District 303, said Superintendent Dr. Jason Pearson. “The trainings that take place in our schools and the conversations we have throughout the year provide a foundation for keeping students and staff members safe every day.”

Representatives from St. Charles police, fire and District 303 work together to plan, test and improve safety plans for incidents ranging from a tornado or fire to active shooter scenarios.

“The safety and security of students and staff is of utmost importance to us,” said St. Charles Deputy Chief of Police Charles Pierce. “We work closely with the School District and Fire Department to assure emergency procedures are effective and efficient. Emergency preparedness is an ongoing process that we are constantly improving upon.”

An Emphasis on Training and Drills

Throughout the year, each school conducts three building evacuation drills, one bus evacuation drill, one shelter-in-place drill, and at least one lockdown drill. These drills are all coordinated with the police and fire departments.

School District 303 has convened a Safety Task Force that includes district officials, staff members and parents, along with representatives from police and fire agencies from St. Charles and other local municipalities serving the district. The Task Force meets regularly to review current security processes, research new options, evaluate changes in legislation and policies related to school safety, and make recommendations to enhance safety and security in District 303 schools.

District 303 Superintendent Dr. Jason Pearson appreciates the ongoing partnership with parents and law enforcement, “We are fortunate to have parents and community leaders in St. Charles who are willing to commit their time to assist us in developing ideas that will improve our secure learning environments, while still maintaining a welcoming atmosphere in our schools.”

Reviewing safety and security protocols, drills and response procedures to further enhance student safety is the goal of the District 303 Administrator Summer Workshop. This summer, representatives from the St. Charles Police and Fire Departments attended this workshop to discuss lessons learned from recent safety trainings and how best to incorporate that information into future safety plans.

Upgrades made during the summer in District 303 schools limit visitor access to school buildings. A second set of doors and buzzer systems have been put in place in schools that did not already have two-tiered systems. In addition, 3M Safety and Security Window Film has been installed on interior vestibule glass doors and windows. 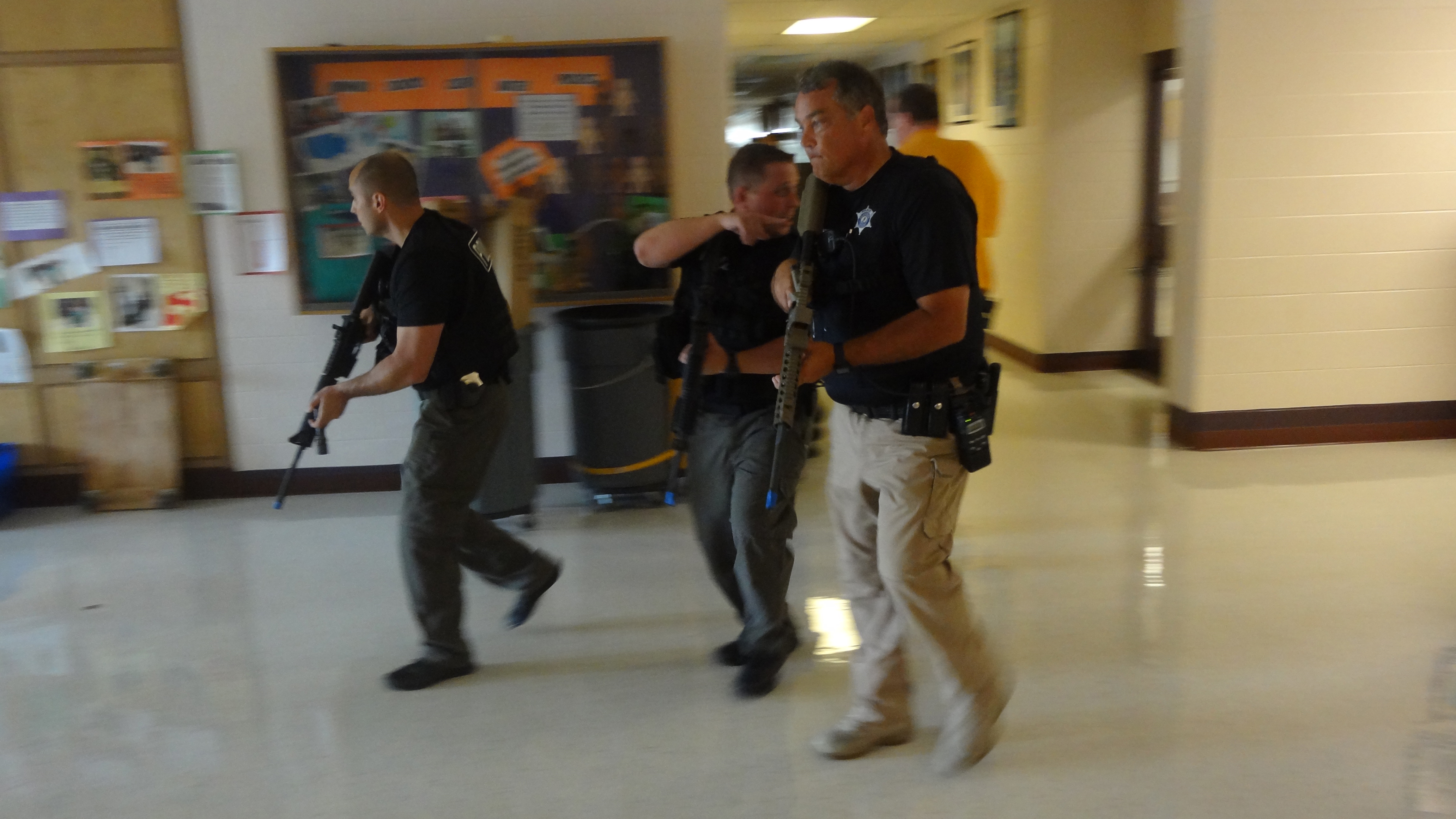 City of St. Charles Mission: Heritage. Community. Service. Opportunity. Friendly neighborhoods, unique architecture, beautiful parks, cultural amenities and innovative schools have earned St. Charles its reputation as the Pride of the Fox. Located in both DuPage and Kane counties, the City of St. Charles is 35 miles west of downtown Chicago, and has a population of approximately 33,000. Over 2,100 businesses, consisting of a balanced mix of retailers, restaurants and manufacturing facilities, employ more than 18,000 people. The City of St. Charles was named the #1 City for Families by Family Circle® magazine in 2011; one of the “150 Great Places in Illinois,” by the AIA Illinois; and one of the “Top 10 Towns To Live In” by West Suburban Living magazine. www.stcharlesil.gov