The Main Street Bridge A Centerpiece in St. Charles History

This month we are looking back at the history of an iconic landmark in the heart of our city, the Main Street Bridge. Did you know that the city actually went through several bridges before building one that could withstand the mighty Fox River? March 11-15 is Flood Safety Awareness Week in Illinois. So let’s take a look at the evolution of the bridge as it struggled against the flooding of the Fox River, among other challenges in its history.

The first bridge to connect the east and west sides of the Fox River was built in 1836. The wooden bridge only lasted a few short years, before being swept away along with every bridge in Kane County from a flood caused by a melting, snow covered Fox River in 1839. Many locals started private ferry services to cross the river until a new bridge was built. This second wooden timber bridge was destroyed ten years later in 1849, the cause of which is not completely clear. One story claims that it was destroyed by another raging flood. Another says it was destroyed by an angry mob during the Richards Riot on April 19. Either way, a third replacement was soon constructed, only to once again be destroyed by the mighty Fox River during a flood in 1857. Having experienced this twice before, the settlers were much more prepared and quickly set up a footbridge across the river until a replacement could be built. Later in 1857, a new bridge was built out of heavy wooden timbers. This held for almost twenty years until rotting in 1874, when the bridge was voluntarily replaced with iron. 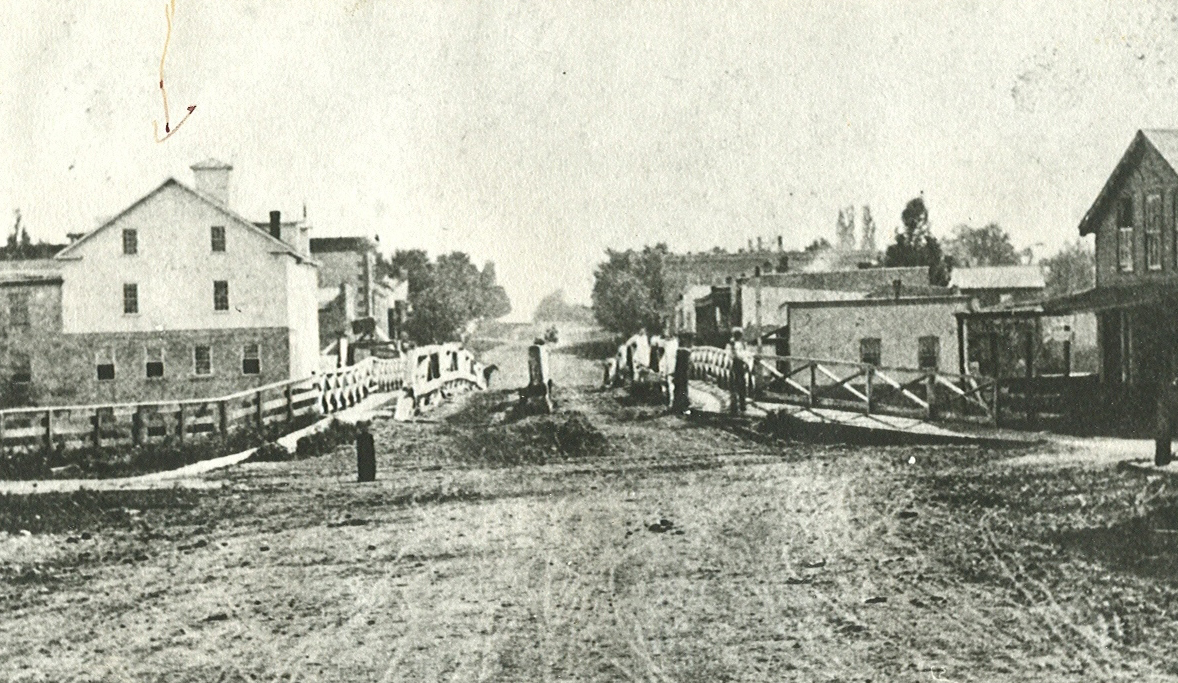 A wooden Main Street Bridge circa 1857 looking east. Notice the high railing between walks and road to keep cattle and horses off the sidewalk.

In early 1902, nearly thirty years later, a trolley car filled with thirty passengers fell through the bridge and rested in the river on its back at a thirty degree angle. No one was seriously injured, but the bridge was collapsed. The next replacement was built later that summer. It was widened, the railings were replaced and it was given exterior updates. 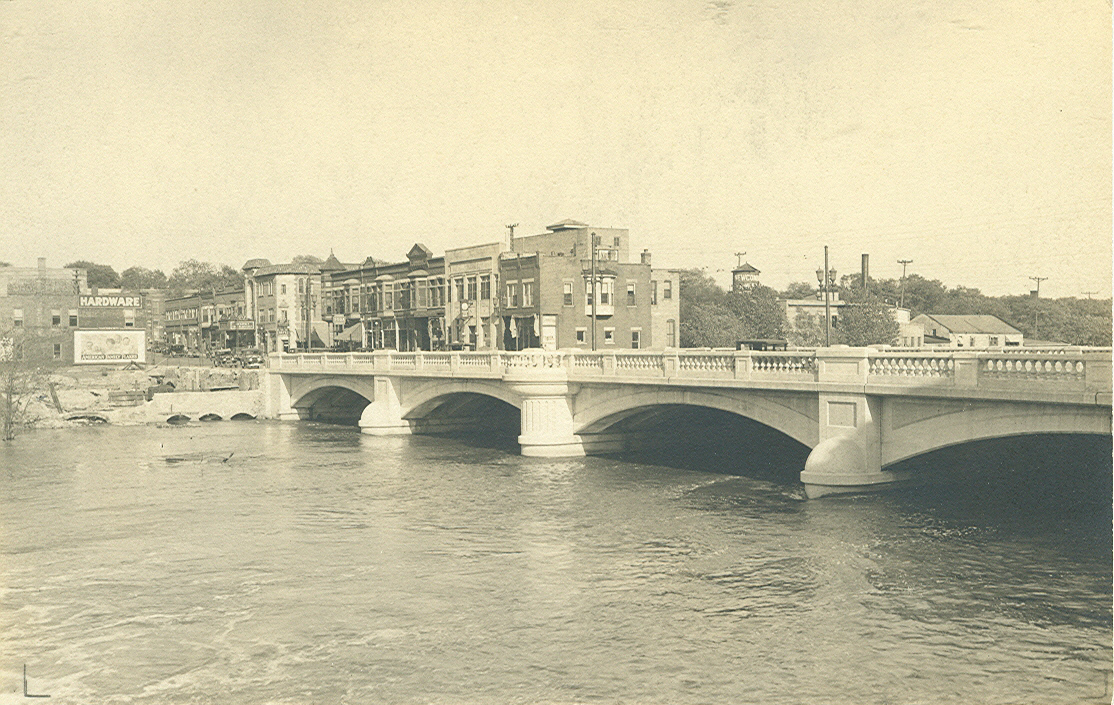 The Main Street Bridge was rebuilt in 1902.

It was improved further, courtesy of philanthropist Lester Norris in 1928. One final, massive reconstruction began in 1997 and was completed the following year, giving us the sturdy Main Street Bridge that residents travel across to this day.

Photos and information courtesy of the St. Charles History Museum